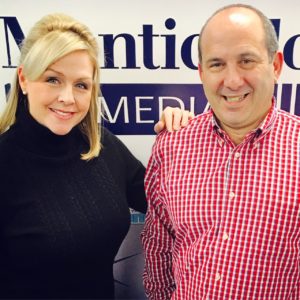 From Boston to Burgundy to the Blue Ridge Mountains, Michael Shaps shares his wine journey on this episode of Crystal Palate’s Wine Country.

Michael Shaps arrived on the Virginia wine scene in 1995 and was a driving force behind growing the brands of Jefferson and King Family. He established his own label in Virginia a decade ago and has received numerous awards and accolades over the years.

Shops now spends most of his time between the vines of Virginia and his winery in Burgundy, France.

He has the largest “contract winemaking operation in the Commonwealth, he consults on numerous wine projects and he’s also bringing fun value wines to consumers by embracing a change in how some of his products are packaged. From wine on tap and wine growlers to high-end Burgundies, Shaps has a little something for every palate and every budget.